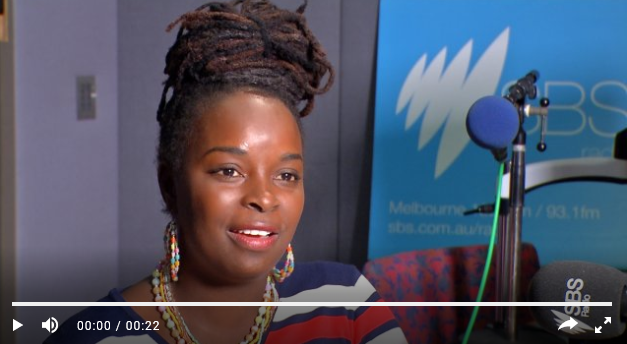 The Hakha Chin, Mongolian, Kirundi, Tibetan and Karen programmes launch on Monday 28 May, with Rohingya and Telugu coming soon.

The dedicated, in-language podcasts will be available digitally and for free, and will include a news service, settlement information and community updates.

More than one in five Australians now speaks a language besides English at home, marking a significant increase compared to 20 years ago, when it just over one in seven. Many of those languages are new to Australia, and numbers in the communities that speak them are growing.

Hakha Chin is mainly spoken in Chin State, a region in Western Myanmar. There are almost 5,000 speakers now in Australia – many of who have arrived through Australia’s humanitarian program.

Hakha Chin producer Lian Ching says the community is spread out across the major cities and is unique.

“We are much influenced by missionaries who came from America,” Mr Ching told SBS News.

“The Chin population overall is Christian … The language that we have, the culture that we have and the religion we practice is totally different to compared to Burmese.”

Friends Danny Battsog and Tsengel Gankhyang are part of a growing demographic in Australia; international students from Mongolia.

The Australian government says the number of Mongolian students has risen sharply, from 215 in 2005 to more than 2,200 today.

“I think a lot of the influence comes from many Aussie expats back home and also the world-class education systems and standards that Australia has on offer.”

“A lot of the transition of the Mongolian community to Australia [started] in 2010. There are a lot of kids being raised here in Australia and I think it’s fair to say that they are becoming ‘Mozzies’.”

SBS Radio’s Kirundi producer Mireille Kayeye says most speakers from her community arrived in Australia through the humanitarian program.

“Most of the Burundians who are living in Australia are Burundians who were resettled here on a humanitarian visa, mostly coming from the refugee camp in Tanzania, fleeing civil conflict and the long history of violence in Burundi.”

It is a similar story for the Tibetan-speaking community. Many are refugees, including some former political prisoners who have spent years in Chinese jails.

“Most of them have been in Chinese prisons for years …  so emotionally, it is very hard for them to adjust to this new life because they have trauma.”

But, the producer says: “the Tibetan culture is very community-based. So when the newly arrived refugees come to Australia, they usually get very strong support.”

SBS Radio currently produces content in 68 languages, a service that has evolved since 1975 to meet the changing needs of Australia’s migrant communities.

After every census, SBS reviews the data and consults with communities to identify which new languages would benefit from being added to the SBS Radio service.

The languages are selected based on need – some because of increasing numbers, others due to lower than average English levels – meaning it is harder to access information about life in Australia.

SBS Radio’s Content Manager Mark Cummins said: “We have a look at recentness of arrival, whether or not people have good English in the community”.

“In the case of these new languages, they came out on top, in terms of having high needs and they really do need help in transitioning and learning about how life works in Australia.”

The SBS Radio Settlement Guide (available in several languages) also supports new arrivals with aspects of daily life in Australia which some might find challenging – from how to vote or lodge a tax return to information about water and fire safety, healthcare and housing.

Dr Alia Imtoal is director of policy for the Federation of Ethnic Communities Councils of Australia.

She says learning a new language and getting information about life in Australia in a person’s first language can occur simultaneously.

“We support the acquisition of English language as part of the arrival process, the settlement process, but we also acknowledge the huge value of in-language service, because they enable new migrants to access appropriate new services and appropriate information that will successfully enable them to begin their lives in Australia.”